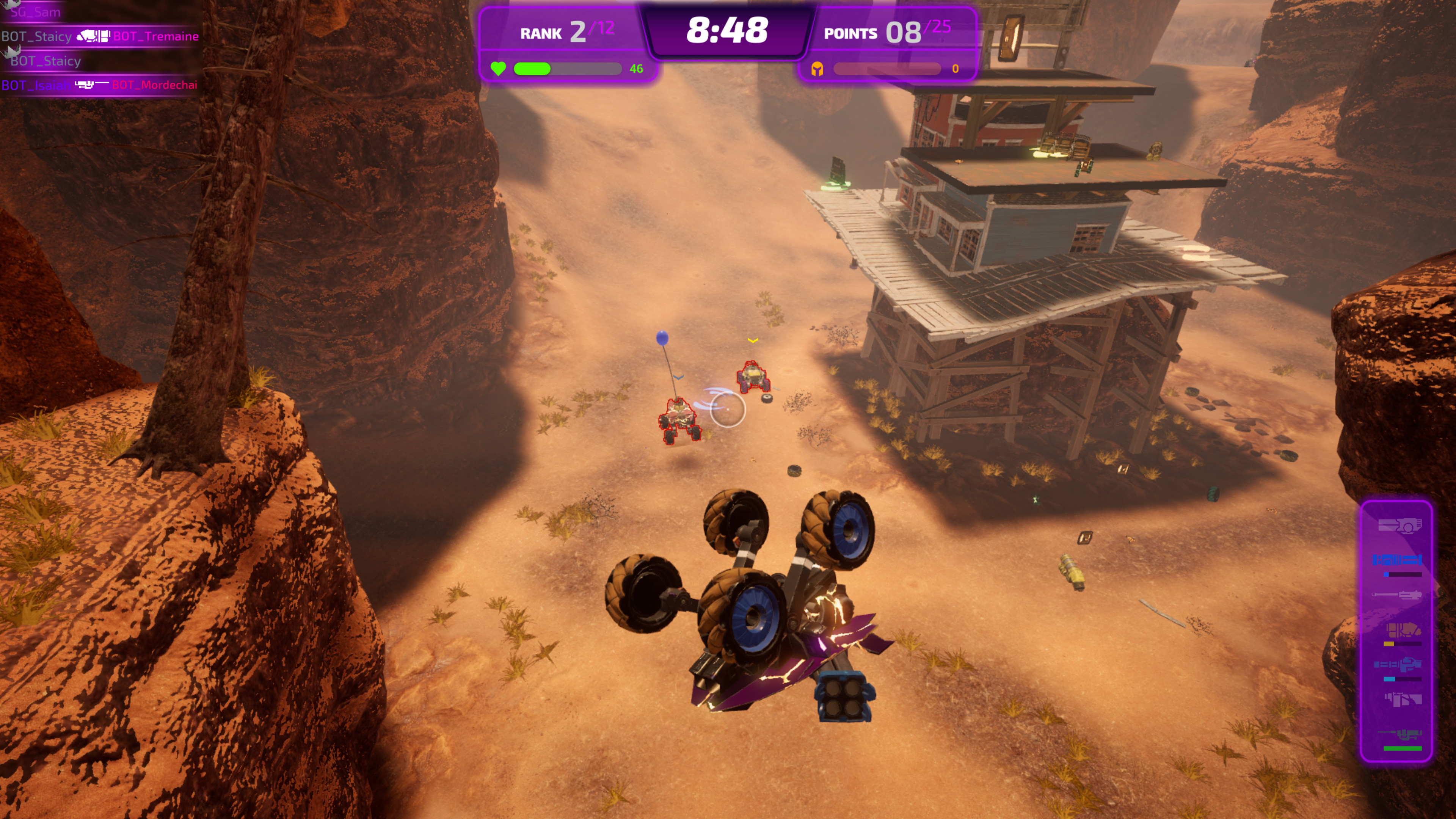 London, UK – 20th March, 2019 – Hot on the heels of their recent partnership announcement, Green Man Gaming Publishing and Stainless Games are thrilled to officially lift the bonnet on their brand new IP, ShockRods.

Stainless Games are going back to their roots with all the over the top, in your face vehicle combat for which they’ve earned worldwide renown. ShockRods is a 6v6 or 12 player free-for-all arena shooter, with blisteringly fast-paced action, mayhem and overpowered weapons.

ShockRods draws inspiration from the classic “kill or be killed” arena shooter greats of yesteryear with over the top weapons, explosions and insane mobility, but with a twist – the titular ShockRods; these customisable, hulking, technologically advanced vehicles, equipped with nitros and the ability to double jump, allow for truly thrilling and action packed gameplay.

“ShockRods is Stainless to its core: frantic, action-packed and anarchic. We’ve been working hard but having a great time developing it, we love playing it, and we’re sure that gamers out there are going to love it too. Who doesn’t love cars and guns?”

ShockRods promises to flip the arena combat genre on its head with the marriage of familiar shooter-style gameplay and advanced vehicle physics in jaw dropping settings that will see players challenged to use their surroundings as much as the wide array of weapons at their disposal.

But don’t take our word for it – we’ll have a multiplayer build set up for some 6v6 mayhem during EGX Rezzed at London’s Tobacco Dock, 4th-6th April (for tickets head to http://www.rezzed.com )

“I can’t wait to see gamers gets hands on with ShockRods at EGX Rezzed.”

“Having first worked with the Stainless Games team over 20 years ago, I know first hand how incredibly talented they are so, to partner with them on their latest release is truly fantastic. The fact that ShockRods is going to be shown to the public hands on so quickly speaks volumes about just how confident we are about the game!”.

ShockRods is a Steam PC Early Access game. For more information head to Twitter, Discord, Reddit or Facebook and be sure to get hands on with the game at EGX Rezzed in London, UK from 4 – 6 April 2019!