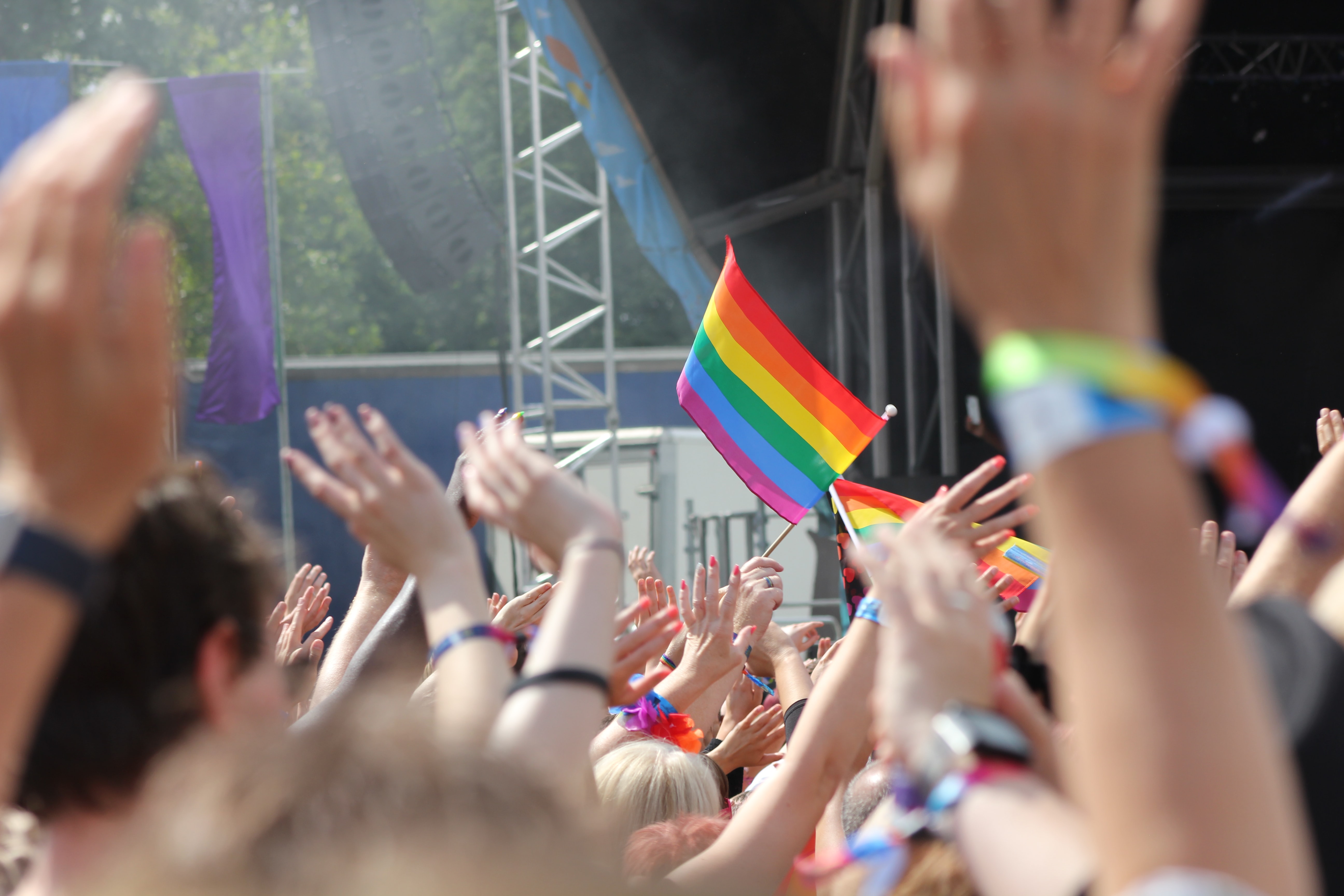 Pride Run, created by Italian studio IV Productions, will hit Steam for PC on National Coming Out Day in the US – 11th October 2019. Much more than a simple beat matching game, Pride Run offers a challenge for gamers of all abilities. With ‘Vanilla’ mode tasking the player to keep their own Pride parade on track they are required to ‘tap the beat’. However, more experienced players can choose ‘Play Hard’ mode which layers on real time tactics and strategy as they battle to protect the parade from haters around the globe.

Understanding the importance of inclusivity in gaming, Green Man Gaming is donating 10 percent of proceeds from the sales of the game to international LGBTQ+ charity, Kaleidoscope Trust.

“Since before we announced Pride Run back in July, the most important goals for Green Man Gaming have been to really get behind our corporate values of inclusivity and diversity. We’re very happy to be able to demonstrate this through our partnership with Kaleidoscope Trust, where we’ll be able to donate to a great cause that works to uphold the rights of the LGBTQ+ community internationally. Speaking of the partnership, Kaleidoscope Trust Executive Director Phyll Opoku-Gyimah said: “It was wonderful to get a preview of Pride Run when we first met with Green Man Gaming and it’s a really fun game that we are all excited to play. At Kaleidoscope Trust we believe it should never be illegal to be you, yet over 70 countries make it a crime for LGBT+ people to be who they are and to love who they love. In many countries around the world people cannot live freely as LGBT+ individuals, much less attend Pride events where they live.”

“We are therefore delighted to announce our partnership with Green Man Gaming and are pleased that the company has such an inclusive policy in what we understand can sometimes be a toxic environment for LGBT+ gamers. Through the launch of Pride Run, we hope to harness the support of the gaming community not only to raise funds for the work that Kaleidoscope Trust does to advance LGBT+ rights internationally, but to help open up conversations within the gaming community – and beyond – about discrimination against LGBT+ people around the world.”

“We’re a diverse development team, and many of us have been lucky enough to attend different Pride events around the world. We felt it was about time someone gamified the sheer energy, passion and extravagance that emanates from these celebrations of LGBTQ+ culture. Even better when we can celebrate Pride and give back to the community at the same time.”

Pride Run is a co-development with Steam Factory. Headed up by Giacomo Guccinelli, the team have delivered the super coloured, retro pixel over the top art style of the game.