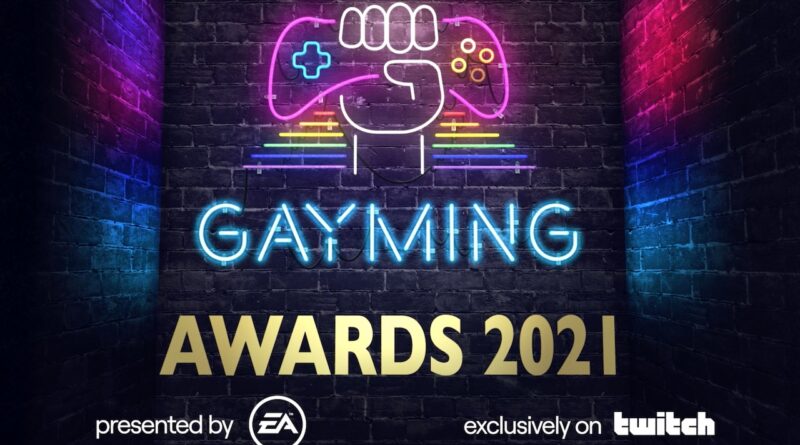 Last night saw the inaugural Gayming Awards winners crowned in a virtual ceremony aired on Twitch. The Gayming Awards are the world’s first award ceremony celebrating all that is great about LGBTQ video gaming. The Awards celebrate the achievements of the global gaming industry in representing and championing the LGBTQ world through video games.

See a full list of winners in the official release below:

Tell Me Why, Hades and If Found… lead the way with two wins each at the inaugural Gayming Awards, presented by EA Games, which aired on Twitch yesterday.

The queerest night in games has come to a close for this year with nine awards given out at The Gayming Awards 2021 last night to celebrate some of the greatest contributions to LGBTQ inclusion and representation in gaming. The history-making inaugural Gayming Awards were broadcast to an amazing audience of over 110,000 unique viewers.

The winners of each category were chosen by an international judging panel of LGBTQ+ video game industry professionals, with the exception of the LGBTQ Streamer of the Year Award and the Readers’ Award which were decided by public vote.

Robin Gray, founder, and editor of Gayming Magazine, had the following to say on the momentous night: “I am so proud to be able to say we have held the world’s first LGBTQ video game award show! 2020 was truly a watershed moment for LGBTQ inclusion in games and to be able to celebrate it with everyone, although virtually, was amazing! Congratulations to all the winners, well done to all the nominees and thank you again to all our sponsors! See you in 2022!”

Colin Blackwood, EA’s UK & Ireland Country Manager, said: “Congratulations to the amazing nominees and winners celebrated tonight. As a founding partner of the #RaiseTheGame pledge, EA are thrilled to sponsor the inaugural Gayming Awards, celebrating and recognising the power of inclusion of LGBTQ+, and diversity of stories and creators, in video games. We look forward to these awards becoming an annual tradition.”

If you missed the show, you can watch it back now at the following link: https://www.twitch.tv/videos/927084821

The following are The Gayming Awards 2021 winners:

LGBTQ Streamer of the Year Award – sponsored by Twitch

Game of the Year – sponsored by EA Games

To find out more about the Gayming Awards 2021, including a list of all 50+ nominees, head to gaymingawards.com