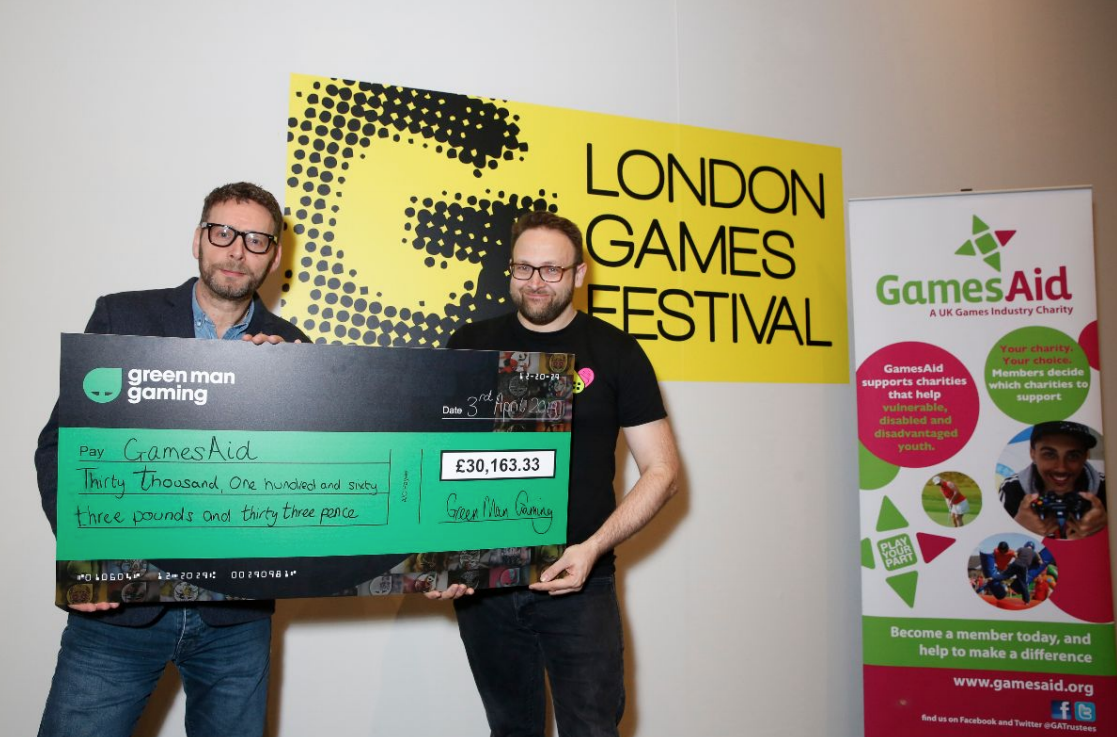 Gaming for Good – Green Man Gaming raises over £30,000 for GamesAid

Gaming for Good
Green Man Gaming raises over £30,000 for GamesAid

The funds were raised by Green Man Gaming customers who purchased the GamesAid 50 bundle, which was created in partnership with GamesAid and sponsored by 18 leading game publishers to raise money for the industry charity.  Released in August 2018, 100% of the proceeds raised from the sale of all 50 games in the GamesAid bundle were donated to GamesAid thanks to the support from game publishers and customers. 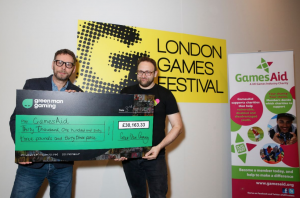 Customers that purchased the GamesAid 50 Game bundle received fifty PC games from hit indie titles such as Human Fall Flat and The Flame of the Flood to must-have big games including Metal Gear Solid V: Phantom Pain, Batman Arkham Knight and Mount and Blade. Gamers saved over £500 (RRP) through this bundle.

“We’re so delighted to have presented a cheque for such a large amount to GamesAid during the London Games Festival this week. We’d like to thank all of the publishers that partnered with us for this bundle, and to our customers who purchased the charity bundle that helped raised a fantastic amount for such a good cause. This charity bundle was our first collaboration with GamesAid with more to come in the near future so watch this space,”

GamesAid is a UK based charity made up of games professionals who raise money to support a number of small UK charities, helping disabled and disadvantaged children and young people.